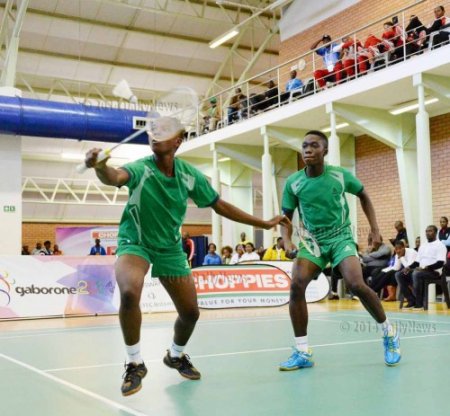 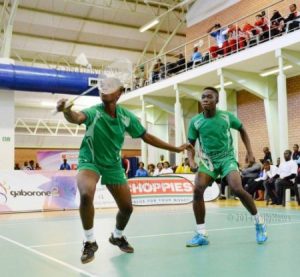 He was the best among 65 players from 11 countries across the world.

There were three Nigerians among the four on the podium for the Men’s singles title. Not just that it was almost a clean sweep by Nigeria in the Mixed Doubles Event.

In the Men’s Singles title, Nigeria’s Opeyori beat Jordanian Bahaedeen Ahmad Alshannik 21-18; 21-16 in the keenly contested final duel to give the Francis Orbih’s board of the Badminton Federation of Nigeria (BFN), a winning start.

In a radio interview with Jide Alabi of Rythm FM, Lagos, Mr Orbih, BFN president explained how difficult it was getting sponsorship for the the event. He said:

“When it was becoming a near impossibility for Nigeria to send a team, Francis Orbih, we successfully got sponsorship package from the Lagos State Government to send a 25-man Nigerian team to the tournament”.

His most challenging game was against Nigeria’s Gideon Babalola, pointing out the great strength of the Nigerian team. It was perhaps, Opeyori’s toughest match. He lost the first game 15-21 and was leading the second 6-3 before Babalola scratched owing to injury.

Opeyori was not the only successful Nigerian at the tournament.   The duo of Clement Krobakpo and Gideon Babalola are joint third place winners in the men’s singles event. In badminton, the two semi final losers are automatic third place winners.

In the women’s singles, Nigeria’s Dorcas Ajoke Adesokan, ranked 296 in the world, was a third place winner with Egypt’s Hadia Hosny who is number 87 in the world.

In women’s doubles, the Nigerian duo of Zainab Momoh and Peace Orji were final losers to India’s Simran Singhi and Ritika Thaker. The score lines were 21-11; 21-14 in favour of the Indians. Nigeria however won the silver while another Nigerian pair of Patricia Apusugh and Amin Yop Christopher won the bronze medal.