Super Eagles overcame a number of adversities to reach the Final of the African Nations Championship (CHAN) for the first time after beating Sudan 1-0 in Marrakech on Wednesday.

Reward for the supercharged Super Eagles is a showdown against host nation Morocco (who defeated Libya 3-1 in the first semi final) in the Championship match inside Casablanca’s Stade Mohamed V on Sunday evening.

Before kick –off, Coach Salisu Yusuf had to rue his inability to call upon first –team players Emeka Atuloma, Sunday Faleye and Emeka Ogbuh – all due to injury. And 10 minutes into the game inside the Grand Stade Marrakech, goalkeeper and skipper (and big inspiration) Ikechukwu Ezenwa was stretchered out injured.

Kalu Orji Okogbue, who himself had to pass a late fitness test to be eligible for the encounter, took over the captain’s band and controlled Nigeria’s resistance from behind, while also launching the salvo that Anthony Okpotu knocked down for Gabriel Okechukwu to score the only goal of the game in the 16th minute.

Okechukwu, who scored the winner against Angola in the quarter final in Tangier on Sunday, was alive, fit and menacing throughout, and was worth his Man-of-the-Match award at the end.

Former junior international Oladele Ajiboye took over from Ezenwa and did his credentials a world of good. He pulled a number of spectacular saves, including pushing a close range header onto the upright just before the interval.

A good shot by Okechukwu from the re –start was saved by the utterly busy goalkeeper Akram, who also had to save from the energetic Dayo Ojo in the 50th minute. Eight minutes later, Nigeria was reduced to 10 men with a second yellow card to midfielder Ifeanyi Ifeanyi.

Ajiboye came up big for another acrobatic save from Said in the 84th minute as the Sudanese sought to capitalize on their numerical advantage. But numerical parity was restored three minutes later as Bakri Bachir was red –carded for fouling goal –bound Dayo Ojo.

A minute into added time, Ajiboye pulled another acrobatic save that kept Nigeria in the game, eventually handing the Super Eagles the day and a trip to the Stade Mohamed V for Sunday’s showpiece encounter against the Atlas Lions.

Even before kick –off of Sunday’s battle, Salisu Yusuf and wards have made history, as this is the first –time ever that Nigeria would reach the final of the competition, having won bronze medals at the 2014 finals in South Africa. 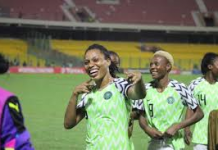 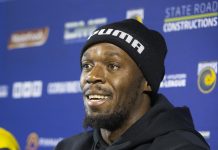 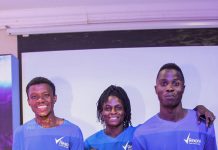