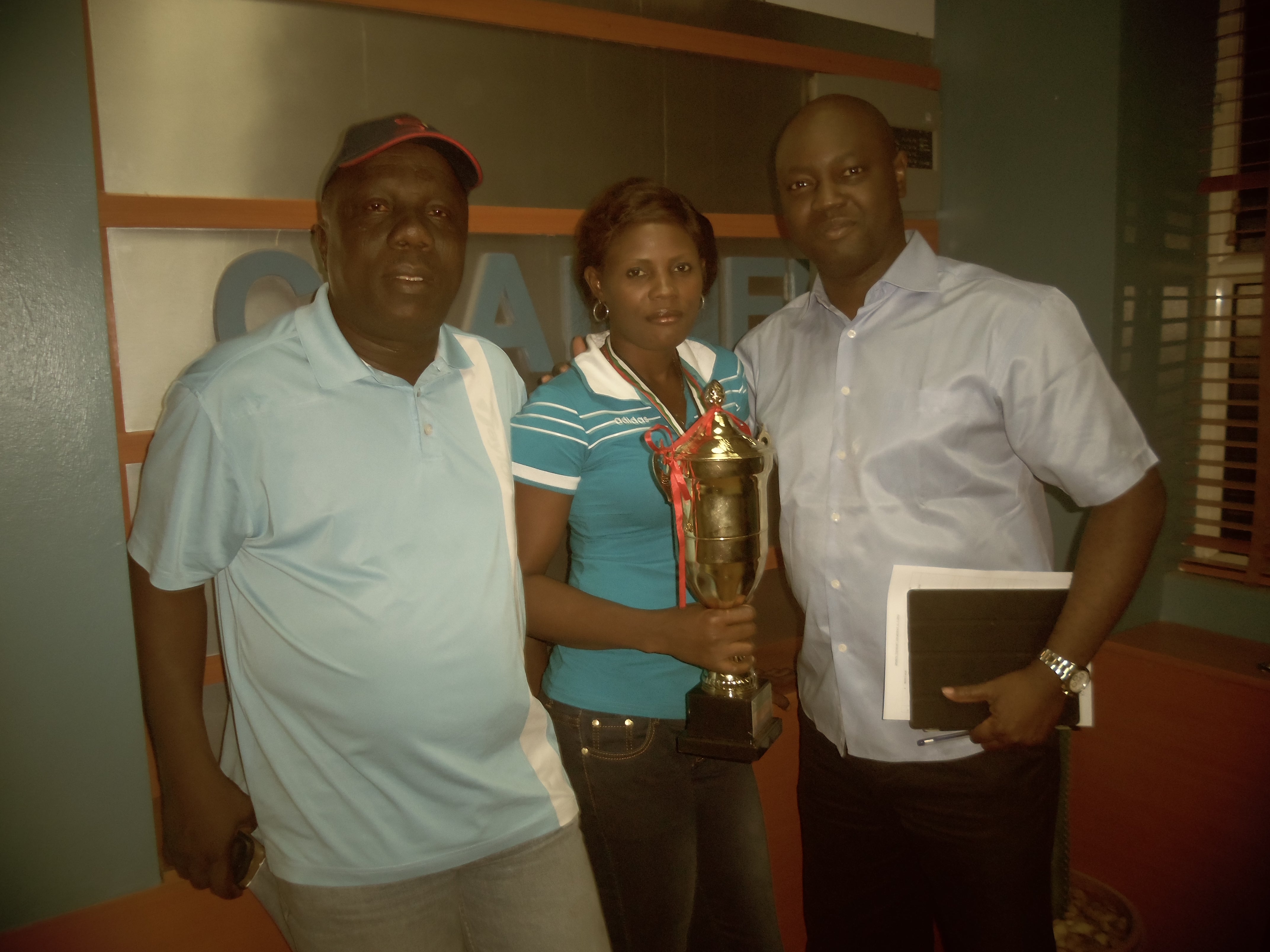 Omoroh Becky was guest on Channels Sports Tonite on Channels Televison, Sports Bits on Superscreen Television and Sports Cafe on Silverbird Televison  during her visit to some select media organisation to mark the commencement of her reign as Nigeria female Darts champion. She was accompanied by Mr Tuoyo Toju,  her coach and coach of the Delta state darts team.

She won the award and trophy during the recently concluded 1st June Darts Championship which held at the karfachan Sports club in kaduna State, Nigeria

Amongst the organizations visited included Channel Television, Silverbird Television, Superscreen Television  and Genevive Magazine where  she was received by Mrs Butagira Paula on behalf of their chief executive.

she will be embarking on Girls With Darts Skills initiative (GWDS) , a mentoring programme targeted at the female gender to introduce them to the sport.