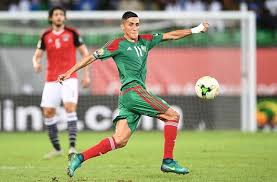 The third stage of the Africa qualifiers for the FIFA Russia 2018 World Cup started with the match between Uganda and Egypt that took place on the 31st August 2017.  Emmanuel Okwi scored the only goal of the game as Uganda stunned Egypt 1-0 in Namboole to transform their World Cup qualifying prospects and hand the Pharaohs a significant blow on the road to Russia.

After picking up only just a point in two games, Ghana could not  afford another ill slip-up in today’s meeting against Congo as they sort to revive their World Cup hopes. Nevertheless, it was a disappointing outing for Ghana’s Black Stars who had to share the point in their match against Congo DR. Ghana jubilation was cut cut short after their 13 minute was ruled an offside goal and thereafter disallowed  T Congo took the lead by the 18th minute through Bifouma Thievy, to silence the vociferous home supporters. But, it was  Thomas Teye Partey’s late equaliser that saved the Black Stars the bloody nose and humiliation.

it was a goal feat at the Prince Mouley Abdellah stadium in the match between Morocco and Mali. Goals from Achraf Hakim, Faycal Fajr, Khalid Boutab, Mimoun Mani and Hakin Ziyech gave the Morocco a 6 – 0 victory over their opponent. Morocco leads the group with 5 points from 3 matches.

it was an all West Africa derby at the Godwin Akpabio stadium, Uyo venue of the match between Nigeria’s Super Eagles’ and their arch rival and current African Champion, the  Cameroon’s Indomitable Lions. The goals from for Odion Ighalo, Mikel Obi, Victor Moses and Ihenacho Kelechi gave Nigeria a 4 – 0 victory over the opponent and neighbor.

A total of 24 goals has so far been scored in the 7 matches  of the third stage of FIFA Russia 2018 World Cup Africa qualifiers.