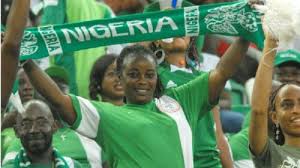 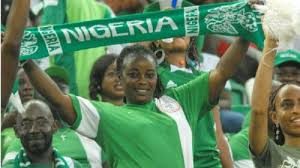 In what should have being the result of the first encounter at the Godswill  Akpabio stadium in Uyo on Friday , if the Indomitable lions had played like a champion, was the outcome of the  game between Cameroon and Nigeria at the Stade Omnisport Amadou Ahidjo stadium .

The result was a good riddance to the lukewarm performance of the lions . The Hugo Broos’ side has dent their credential as the Africa Champion and their hope of playing at the FIFA Russia 2018 World Cup has being evaporated .

The statistics at the end of the first half shows that the away team had sixty-six percent possession and was leading by a lone goal , scored by the Gent’s midfielder , who converted Ighalo’s low drive , after Victor Moses drove a low cross towards the goal that was only half saved by Fabric Ondoa .

The Eagles should have added to their tally in the 60th minutes , when Chelsea’s forward , Victor Moses’ effort hit the upright of the goal post to the surprise of millions of viewers around the globe .

The Cameroon search for a goal paid off when the coach made a tactical substitution , bringing on Christian Bassogog and Aboubakar .

However , the home team drew level with 15 minutes of regulation time to play as Aboubakar converted a controversial penalty , when Ikechukwu Ezenwa collided with Arnard Djoum .

The Super Eagles needs just one point from their last two matches of their campaign to qualify to the world cup in Russia .