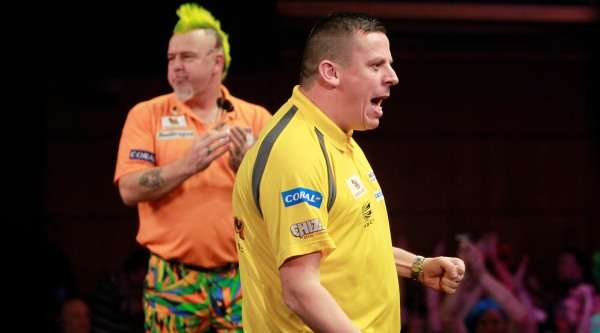 DAVE CHISNALL achieved the first televised nine-darter of his career at the SINGHA Beer Grand Slam of Darts on Sunday night.

The Premier League star, last year’s Grand Slam of Darts runner-up, achieved perfection in the third leg of his Group D clash with Peter Wright at the Wolverhampton Civic Hall.

Chisnall emulated the achievements of James Wade in 2008 and Kim Huybrechts last year with his brilliant nine-darter, hitting two 180s before finishing 141 on double 12.

The achievement puts Chisnall in line to scoop a £30,000 bonus – should no other player land a nine-darter in the remainder of this week’s event to claim a share of the prize.