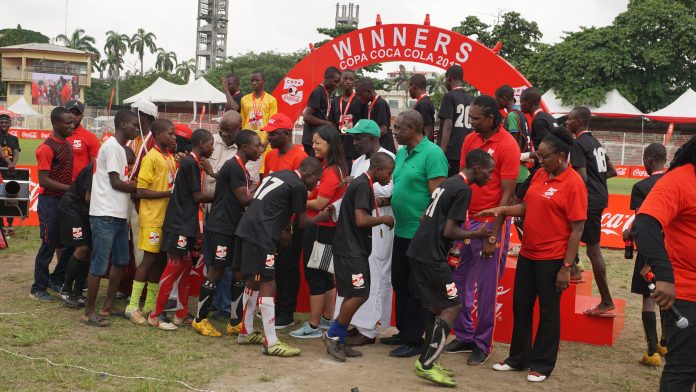 Ogunjobi who was one of the dignitaries present at the grand finale of the grassroots football tournament in Lagos commended the boys and the coaching crew for making the state of living spring proud.

“I am very happy for this feat achieved by the boys,it is heart warming for me as you know that I have just been appointed as the special assistant to the governor on sports matters”.

The former Chairman of the Nigeria National League side Osun United pledged the government support for sports in the state as well as appreciation to Progressive College.

He commended the sponsor of Copa Coca Cola for bankrolling the tournament since 2009.

Progressive College,Osun pipped Owerri City College,Imo by a lone goal  at the Onikan Stadium,Lagos to be crowned as the Champions of the 2017 edition of Copa Coca Cola.