All is now set for the hosting of the first event of the Inter-Bar Eight Ball Pool Challenge which will be holding on Saturday, 21st March 2020 at the Dreamworld Snooker and Pool Bar, Lekki

Amongst the participating bars include Nicon Town Pool and host Dreamworld Snooker and Pool Bar to be represented by Obrutse Obarho, Daniel Ebulue. Both players are the highest ranked registered SPPA player from each bar/club.

Daniel Ebulue is ranked No 1 with a current ranking of 1154 points on the Cue Sports Management and Players Ranking System while Obarho has ranked No 3 with 1058 points.

Bars having a leader board/ladder based on the Cue Sports Management and Players Ranking system, a computerize point based ranking system is a qualification requirements for bars to participate in the circuit

Obarho has a 12 victory advantage against Daniel Ebulue of Dreamworld on a head to head match analysis, Obarho Obrutse has won 20 of the 32 previous non tournament encounter.

On the tour, Obarho is leading Daniel with 2 pts victory as he beat Daniel 4 – 2 in their last encounter during the maiden edition of the Top 4 Challenge that held in November 2019.

Speaking on the development of Pool and Snooker as sport, Idada Joachim president Snooker and Pool Players Alliance spoke with asentv,tv

“ We are encourage by the interest shown by Pool  and Snooker players on these games as we can see many bar using it as added value to attract customers. But, Snooker and Pool has become big international sports especially because of it’s entertainment value.

Nigeria and Africa should not be left behind. After the successful inclusion of Snooker into the All Africa Games in 2019, we have an African invited to participate in snooker’s international major tout. Snooker is going to feature in the Kenya 2020 Africa University Games, South Africa is going to host the Chinese Eight Ball Pool World Cup in August after the postponement because of the coronavirus pandemic. These are mile stop development for Cue Sports in Africa.

Restructuring Snooker and Pool in Nigeria in Sports that is recognize by government has become imperative”.

African Sports Entertainment and News Network Television (ASENTV) and her media partners will be covering all the SPPA events for 2020. 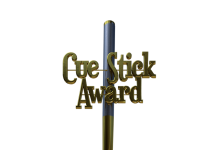