Five Lessons to learn from the 2017 ITTF Seamaster Challenge Nigeria  Open.
( Part One )

The  2017 ITTF Seamaster Challenge Nigeria Open ended on Sunday , the thirteen of August . The tournament started three years ago under the leadership of the former president of Nigeria Table Tennis Federation and the 2017 Chairman of the Local Organising Committee , Mr Enitan Oshodi .

The annual tournament has placed Nigeria and the host city , Lagos , as the hub of table tennis in Africa . Since inception of this ranking tournament in 2014 , in Lagos , the profile of Nigerian players has risen in global ranking of the international table tennis federation .

There are therefore five lessons to learn from the 2017 Edition of this ranking tournament .

1.Table Tennis is next to Football in Nigeria –

In terms of crowd attendance , strict adherence to international standards and the support from private companies , the tournament can pass as the only A- grade sporting events in Nigeria .

The five days tournament has in attendance an estimate of fifty thousands spectators , which include players , match officials and journalists.

The Support and partnership of private companies gave massive boost to the tournament , from Staco Insurance , who is insurance provider for players and officials , to Swift Network , the provider of free Wi-Fi and Premier Bet (Baba ijebu ) , the official partner .

The Newly elected President of the federation , Engineer Ishaku Tikon , who owns a table tennis club and the LOC chairman, Mr Enitan Oshodi, has proven to share the same vision and sentiment for the federation. The federation seems to be the only federation with peaceful succession .

He became the only flag bearer for Nigeria until he lost to India’s Gandhi Sarthak in the semi-final.

Aruna Quadri is Nigeria’s lone voice in table tennis , even if the Egyptians hasn’t swept most of the medals on Sunday, Omar Assar is wining the men singles event for a record of three times.

5. The Highest number of entries and foreign participants for any sporting events in Nigeria apart from All Africa games

According to Olalekan Okusan, ITTF-Africa Press Officer , the tournament received ” No less than 148 players, comprising 95 men and 53 women, representing 22 national associations had submitted entries prior to the deadline date of Monday 10th July.” 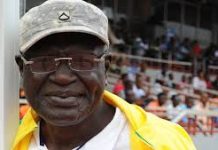 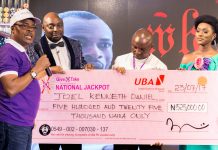 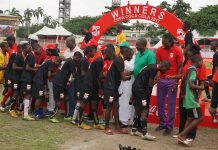