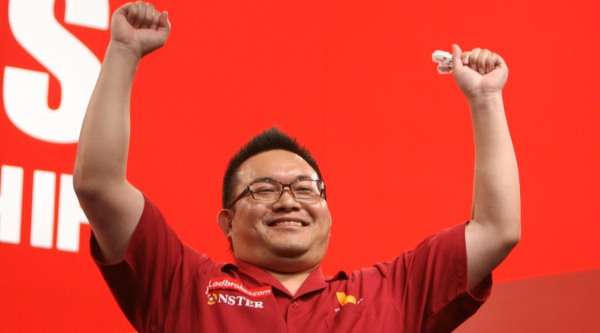 He will now join the other International Qualifiers in this year’s tournament, which begins in December. He defeated Tokuyou Takayama 4-2 before edging out Kenichi Aijiki 4-3 with a 14-dart leg in their quarter-final’s deciding leg, and then overcame Keita Ono 5-3 in the semi-finals.

In the final against Muramatsu, Hashimoto led 3-1 only to see the three-time World Championship qualifier hit back with four successive legs to lead 5-4.

Hashimoto, though, drew level to send the match into a deciding leg, in which he hit three tons before finishing 96 in two darts to seal his return to the World Championship stage.

Meanwhile, efforts at getting professional darts that will be affiliated to the PDC is on-going as IPRO, International Pro Games Limited is now set to begin the Open Classic in the first quarter of 2014.