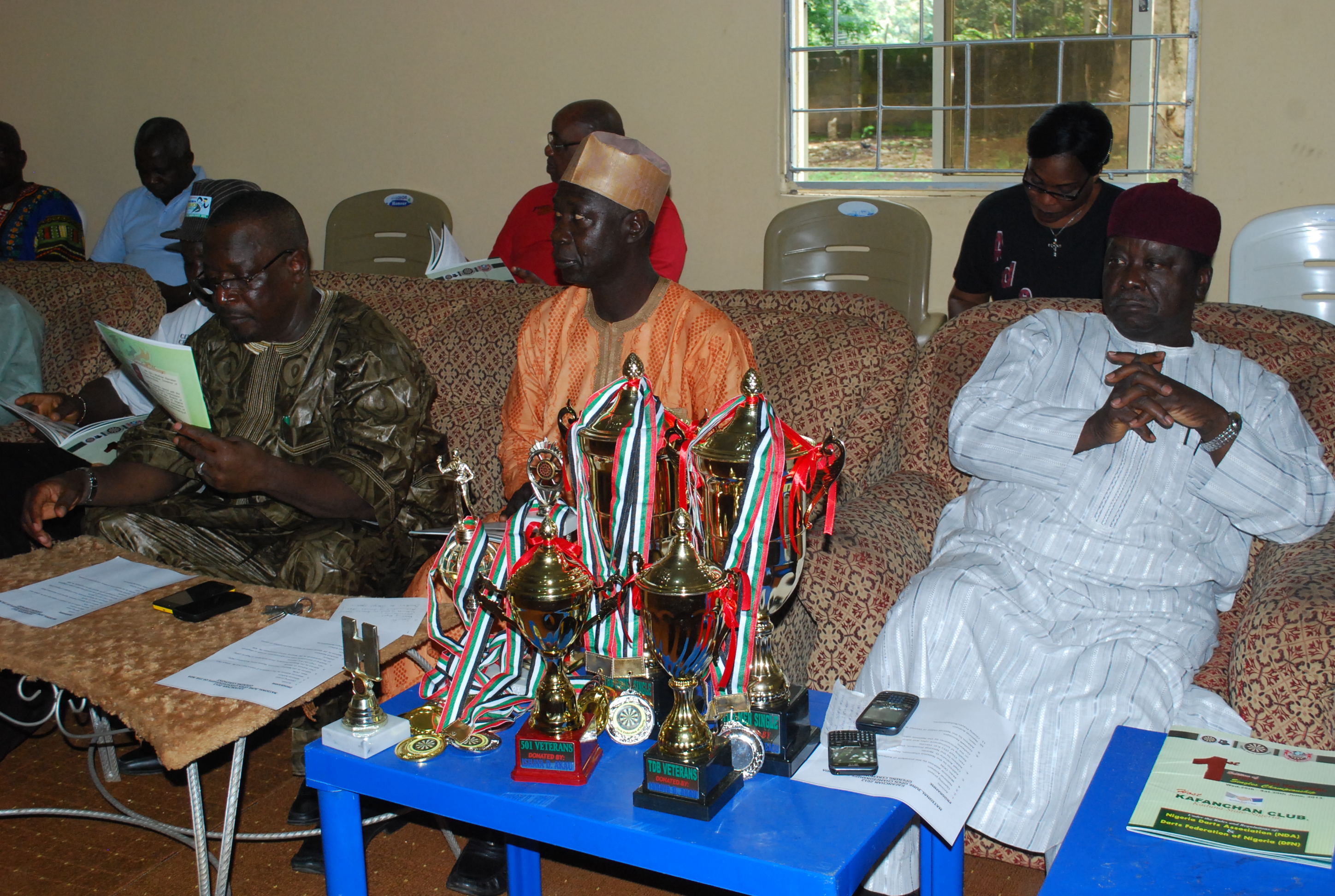 The June Open National Single Darts Championship hosted by the Darts section of the Kafarchan club (1972) is the 1st event to be organized through a collaborative effort of the Nigeria Darts Association (NDA)and the Darts Federation of Nigeria(DFN).

As in every sporting event organized in Nigeria, the competition started with the usual opening ceremony with the governor of Kaduna state represented by the Director of sports,Mr Yakubu Halidu as the special guest  of honour who delivered the governors goodwill message. Amongst the distinguished personalities in sports and the game of darts who graced the occasion and gave speeches were Chief Anthony Akanfe, chairman NDA and Vice president DFN, and  Cheif (DR,) A.G Haruna, President of the Darts Federation of Nigeria.

Read the goodwill message of Governor of kaduna state,

In the remark of Mr Idada Joachim; COO, International Professional Games Limited and representative of Unicorn Darts equipment in Nigeria who formally announced the organisation’s readiness to professionalize  the sport with the introduction of a series of events that will lay the foundation for the initiative. He further noted thar the company was willing to invest in the youths and sort the cooperation of both organisation; Nigeria Darts Association and the Darts Federation of Nigeria. to achieve the project objective.

68 players registered under the Nigeria Darts Association from 23 number of clubs and state Associations are competing for the coveted trophy and titles as National Champion in the Female and Male categories for 501 and TDB (Triple Double and Bulls eye)  games. A brake down shows 46 male, 22 female

The championship which holding in the Kafachan Club, Darts section feature 10 boards and games shall be played in male, female and veteran category. The event closes on the Satursday 29th June,2013