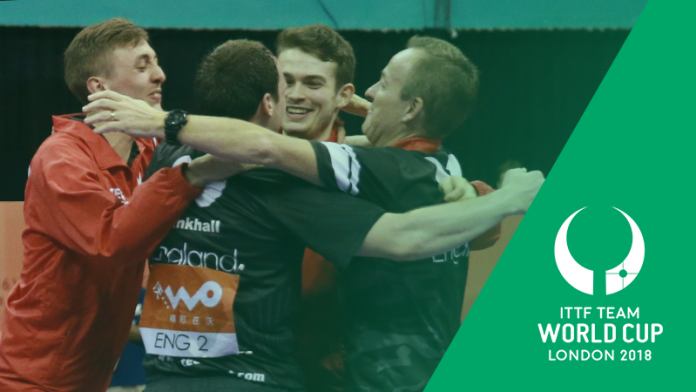 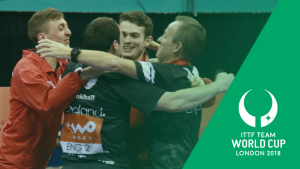 London, the birthplace of table tennis will be playing host to the world’s best table tennis player for the 2018 ITTF Team World Cup, which will be held on 22-25 February 2018.

The ITTF has awarded the hosting rights to the 2018 ITTF Team World Cup, her second most prestigious team tournament after the World Championships, to Table Tennis England.

“The ITTF has awarded the hosting rights for the event, its second most prestigious team tournament after the World Championships, to Table Tennis England and will take place at the Copper Box Arena on London’s Queen Elizabeth Olympic Park.

The Team World Cup, which was last held in Dubai in 2015, comprises of a total of 12 men’s and 12 women’s teams which are made up of a host team, Continental Champions and the other top finishers at the 2016 World Team Table Tennis Championships.

England number one Paul DRINKHALL, part of the 2016 World Championship bronze medal-winning team stated: “This will be an exciting event for English and British table tennis as a whole and it’s great to be hosting it when we will be a part of it because of our World Championships medal.”

“It’s an amazing venue, iconic if you like, and it will be great to visit the Olympic Park. Hopefully we can put in some good performances and challenge the best in the world and make some more memories.”

On the allocation of the event to London, ITTF’s President THOMAS WEIKERT stated: “London is a very special place for the ITTF, as it is where we were founded in 1926, and where we held our first World Championships in the same year. It is great to be bringing world class table tennis back to this city, for this reason and because of the massive success of the London 2012 table tennis event.”

Table Tennis England Chairman Sandra DEATON added: “This is fantastic news for table tennis in England and a vote of confidence from the ITTF.”

“We can’t wait to host the event, giving our members and the wider sporting community the chance to see the greatest players in the world in action. We’re also delighted that our top players will get the chance to take on the likes of China and Japan in their own country, with the support of a passionate home crowd.”

“The fact that the iconic Copper Box Arena, a world-class venue, as proved during the London 2012 Olympics & Paralympic Games, will stage the event, makes it all the more exciting.”

England hosted the individual Men’s World Cup at Liverpool in 2012 but this will be the first world title event to be staged in London since the 1954 World Championships at Wembley.

Since then, England has also hosted the World Championships in Birmingham in 1977 and Manchester in 1997.

Meanwhile, Table tennis in Nigeria is witnessing a major resurgence in public acceptance despite the failure of her top players to qualifier for any of the finals at the just concluded 2017 ITTF Seamaster Challenge Nigeria Open that held at Sir Molade Okoya Thomas hell, the Teslim Balogun Stadium, lagos. The events witnessed a double victory for Egypt in the singles as Omar Assar and Dina Meshref won in the men’s and women category. Top players from Africa, India etc competing for the $46,000 prize fund.

Amongst Nigeria’s top players who participated include Haruna Quadri and Funke Osonaike.