African champions – Nigeria and Egypt will represent continent at the 2019 ITTF Team World Cup holding at the Tokyo Metropolitan Gymnasium.

The five-day serves off on November 6 to 10 and it is a table tennis test event for Tokyo 2020 Olympic Games to be hosted by Japan.

Nigeria secured their place at the tournament following their triumph at the 2018 African Championships held in Mauritius and the West African side will be returning to the tournament after their last appearance in 2010.

In 2013 edition held in China, Egypt’s men team led by mar Assar stunned the world to claim bronze medal ahead of Germany in the third place tie.

Like Nigeria, Egypt is the African women champion and they have named Dina Meshref, Reem El-Eraky, Yousra Helmy, Marwa Alhodaby and Farah Abdel-Aziz.

The tournament will feature teams of the standard of Olympic Games, as a dress rehearsal for the showpiece event in 2020. With such high stakes, there is no thread of favourites in table tennis which can afford to exclude the behemoth that is Team China.

The European contingent is well represented at the Word Cup, and while Team Germany will only have their men’s team as qualified contestants, they are sure to be more than a handful for everyone.

Providing an elite contingent across both events, the Japanese teams will have a strong list of names competing at home with an extra bit of motivation to give their fans a preview of things to come next year.

The South Korean side arriving shortly in Japan will have some household names in their ranks. Jeon Jihee has long been a role model for aspiring young players across the country, and the career highlights of Suh Hyowon are always inspiring. The upcoming kid on the block, Shin Yubin will have Yang Haeun lending her experience, as well as the youngster who has a history of beating Japanese athletes: Choi Hyojoo.

Finally, even with the absence of Mattias Falck, Team Sweden will want to leave a mark on the proceedings in Japan as they compete in the men’s team event. Kristian Karlsson and Jon Persson will have 2019 ITTF Challenge Croatia Open champion Anton Källberg for company, as well as upcoming prodigy Truls Moregard.

As always, world events in table tennis have the top most competitive athletes competing from all over the globe. Other teams like Australia and England will certainly add bite to the men’s team competition. Similarly, teams from Vanuatu, Hong Kong and Ukraine bring the best of women’s athletes to Japan, hoping for the Olympic Games venue to boost their chances at achieving something special. Team Austria and Team USA will be back to fight across both fronts with their vigor and eye for glory. 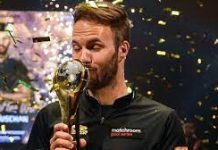 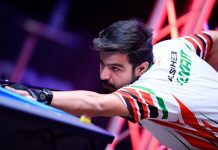 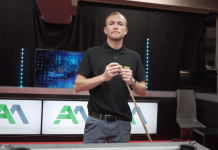