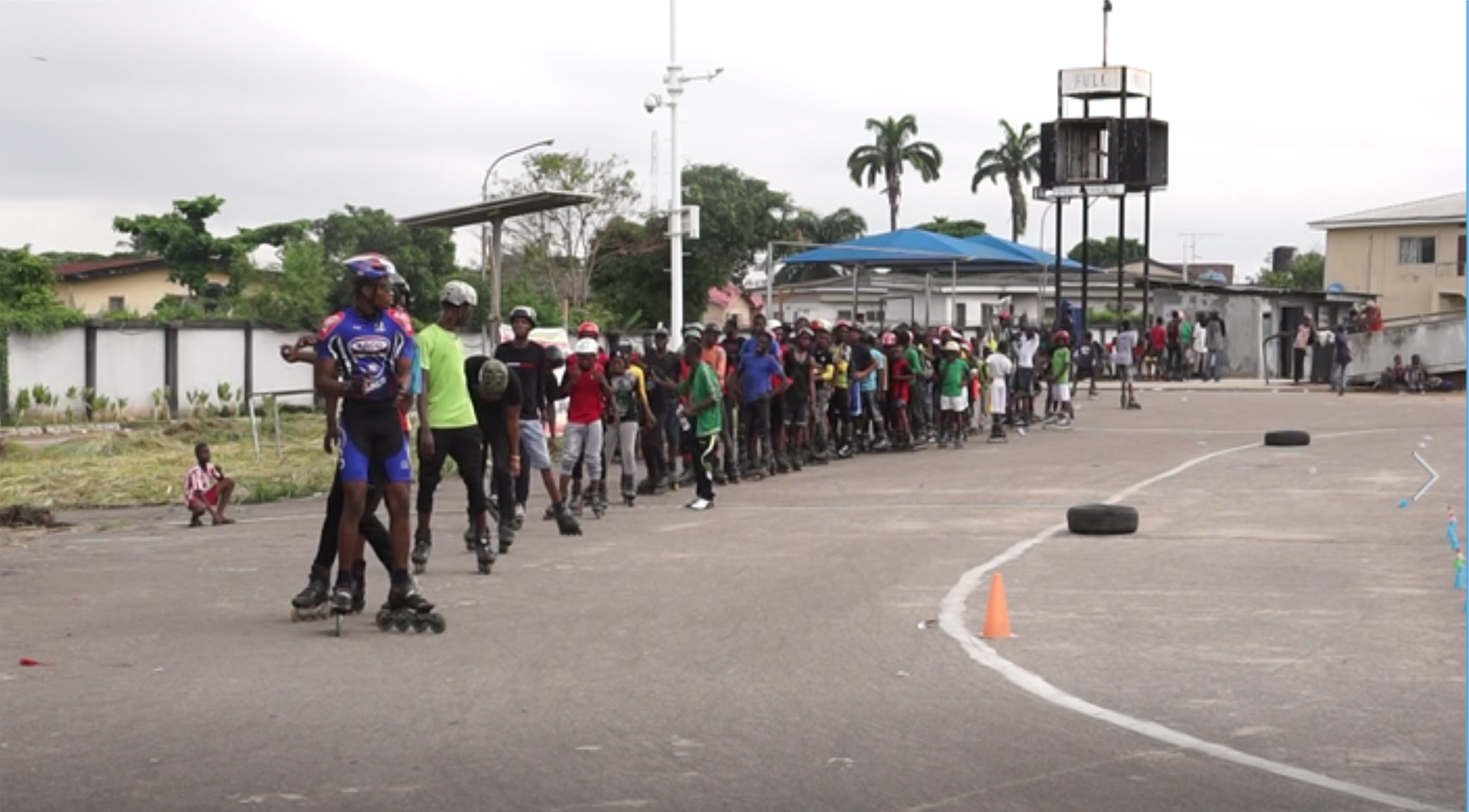 The Roller Sport Federation of Nigeria held her first national skating day on Saturday, 10th June 2017 at the national stadium, Surulere. The event brought together skaters

, skating club and skating enthusiast from all over the Nigeria.

The event which take place included the ‘skate pass’ were contingent and representatives of the various participating states were required to skate pass the special guest in a beautiful parade. other events are Slalom, Speed Skating and Ramp

Amongst the states the participated were Lagos,Kwara, Delta, Rivers, Ogun, Kaduna, Ebonyi and Imo states

In declaring the event marking the National Skating Day open, Pastor Demola of the Redeem Christian Church of God (RCCG) solicited greater support and involvement of sponsors. He said

“This is the first national Staking day and we are witnessing this occasion which is a very laudable one and as you can see the children are having fun. We are using this opportunity to invite all corporate bodies to be part of what is going one here”

Prince Onyeka Chukwu David, Vice President of the Roller Sport Federation re-iterated the importance of skating and the celebration. he said

“We have mother, father and children’s day etc. So we decided to come up with the national skating day as to way of highlighting the importance of the sports and placing it high in our national discuss. And, to keep the skaters together while they enjoy themselves”

Meanwhile, responding to a question about the performance on the participants,  Mr Kingsley Kendron, the head of technical who spoke with www.asentv.tv . He noted

” it has been a good event and the skaters did their best to showcase their talents. This proves that roller skating is growing in Nigeria”.

Meanwhile, Queen Ijeoma, a leisure Skater and a parent at the event said

“I see skating as fun, it keeps me fit and my daughter and i come here to skate and have fun. I implore paerents to join their kids ….skating is fun”

Roller Skating is now a recognised Olympics sport and was a candidate sport in the 2016 Summer Olympics. it will feature in the next National Youth Games that will be holding in August.

Efforts by FIRS to obtain Olympic status became more coherent in about 2000, with inline speed skating promoted as the roller sport best suited for the Olympics. However, the federation faces competition from approximately 20 other sports also seeking entry into the Olympics, while at the same time the president of the International Olympic Committee has expressed a desire to reduce the size of the summer Olympic Games. Roller sports was a candidate sport for the 2016 Summer Olympics, following the drop of baseball and softball, but the Olympic Committee eventually chose rugby sevens and golf instead.

Notably, roller speed or in-line speed skating has been an included sport at the World Games since their inception in 1981