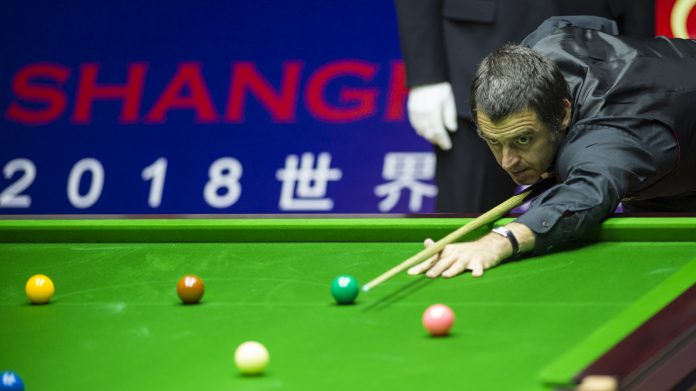 Ronnie O’Sullivan eased into the last four of the Shanghai Masters after a 6-2 defeat of Stuart Bingham.

The Rocket is competing in his first event of the 2018/19 campaign this week, having captured five ranking titles last season.

Bingham will now have to turn his attention to the China Championship, which begins in 11 days in Guangzhou.

It was Bingham who got off to the better start today. The 2015 World Snooker Champion snatched the opening frame on the black. However, from there O’Sullivan wrested control of proceedings. Breaks of 50 and 93 helped him to go into the mid-session 3-1 ahead.

When they returned the pair traded centuries, with the Rocket firing in a run of 111 before Bingham crafted a break of 134. O’Sullivan then reached a landmark 950 career centuries with a sublime 140 break to move one from victory at 5-2.

He then powered over the line thanks to a break of 72 in the eighth frame. Following the match the Rocket quipped that he may not be pushing too hard for 1000 centuries, despite closing within 50 of the target.

“I’m just going to get to 999 and keep you all waiting for as long as I want. You can sit here and talk about centuries all day, but I will decide when you get the 1000th one,” said O’Sullivan. “It is more of a buzz for you to write about and less of a buzz for me. I get more enjoyment out of keeping you all sweating.” O’Sullivan will face Kyren Wilson in the last four tomorrow. Wilson battled past Ryan Day 6-5 in a tense encounter.

The Warrior produced a superb break of 135 in the decider to clinch the match in style. Although he did spurn the opportunity to set the new top score for the event, missing the final black for a 142. The £5,000 high break prize, is currently set to be shared by Bingham and O’Sullivan who have both made breaks of 140.

After the match Wilson, who has now won 19 matches in a row after victories at the Paul Hunter Classic and Six Red World Championship, admitted that he could be bumping into the Rocket at just the right time.

Wilson said: “If I wanted to take him on at any point in my career, now is probably a better time than ever. That doesn’t mean you are going to win. Ronnie is the best to have ever picked up a cue. He will be a tough opponent but I am going to enjoy the match.”