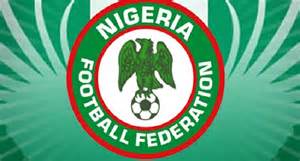 General Secretary of the Nigeria Football Federation, Dr. Mohammed Sanusi has charged organizers of the annual Nigeria Pitch Awards to ensure the sustenance of the values of transparency, credibility and integrity that have assured the project a pride of place in Nigerian Football in the few years that it has been in existence.
Speaking in Abuja at the weekend, Sanusi lauded the diligence and efforts that Matchmakers Consult International Limited have put into the organization of the Awards since its first edition in 2013.
“I am delighted that despite all the challenges faced by the organizers over the years, they have managed to sustain the Nigeria Pitch Awards. It is a noble programme because Awards are very special in the role they play in motivating and galvanizing people to strive to be better in whatever they do.
“With regards to the Nigeria Pitch Awards, the existence of such a project makes our football players, referees, coaches, administrators, sponsors and even player-managers to aim to do their job better. I advise the organizers to remain upright and rigid about the values inherent, and not to succumb to any temptation to tamper with the credibility and transparency that the Awards are known for.”
Just as the NFF, the Super Eagles and indeed all Nigerian football fans are eagerly looking forward to the 2019 Africa Cup of Nations qualifying match between the Eagles and Bafana Bafana of South Africa, scheduled for Uyo on Saturday, 10th June, organizers of the Nigeria Pitch Awards are also looking forward to the day.
It is on that day that the fourth edition of the Nigeria Pitch Awards will take place, hours after the match scheduled for the Godswill Akpabio International Stadium.
“We are making all necessary arrangements and tying up every necessary end to ensure another successful Nigeria Pitch Awards ceremony,” Shina Phillips, President of the Awards, told thenff.com on Sunday.
“We are indeed happy at the level the Awards have grown to and very much aware of the expectations of Nigerian Football stakeholders. For us, the Pitch Awards is a national project, something that must be sustained and alongside, the values of credibility and integrity that have taken us thus far.
“We treasure the endorsement of the Nigeria Football Federation and the encouragement that we continue to receive from highly placed football administrators and other stakeholders of the game.”
The Nigeria Pitch Awards is the only ceremony that honours players in all departments of the football field as well as almost all workers in football in a single night.
Phillips revealed that the nominees for this year’s Awards will be announced during the week.
At a ceremony held in Lagos in February to present certificates to some of last year’s winners, Phillips declared that from next year, the award statuette would be fully gold –plated.