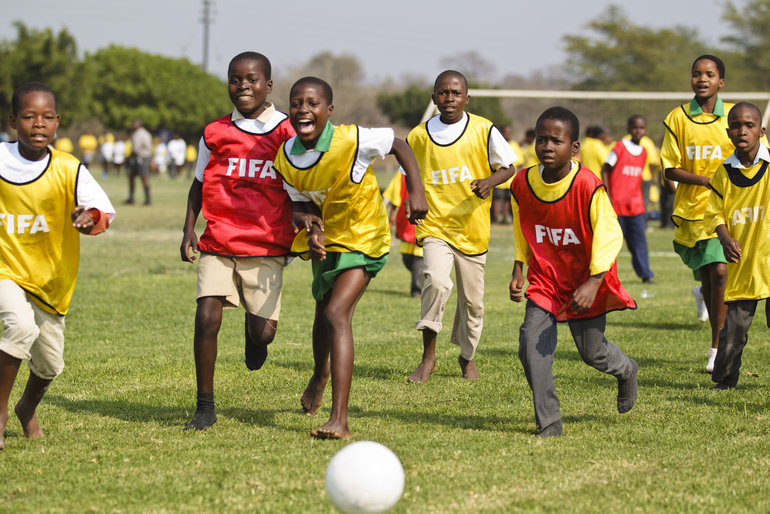 Jankara mini stadium on Lagos Island will host the third installment of soccer challenge from March 31- April 1,2017,the 5- aside football championship is put together by The Redeemed Christian Church of God, the National Headquarters which is also known as the Throne of Grace parish.

The championship which kicked off in January 2017 at the Evans Square playground Ebute Metta in the mainland and moved on to Sari Iganmu area of Lagos where the second edition was held has produced budding talents that will in no distant future lit the nations football terrain with their exceptional skills.

Speaking at the press conference to usher in the third edition of the soccer challenge, of the RCCG commended the players, coaches, fans and other partners who have used their talents to glorify God for the purpose of achieving the objective of the championship.

He said it is only God who can make a man’s talent exceptional, “for a talent to grow into a gift and become a potential, it will require the spirit of God to make it supernatural and this is what we want the people to know through this 5-aside championship”.

Also present at the parley are representatives of the thirty two grassroots teams that will be competing for the prizes at stake as the best three teams will cart home trophies and cash prizes, while there will be other giveaways by partners who have identified with the championship.

The two-day event will start 9am- 5pm daily.