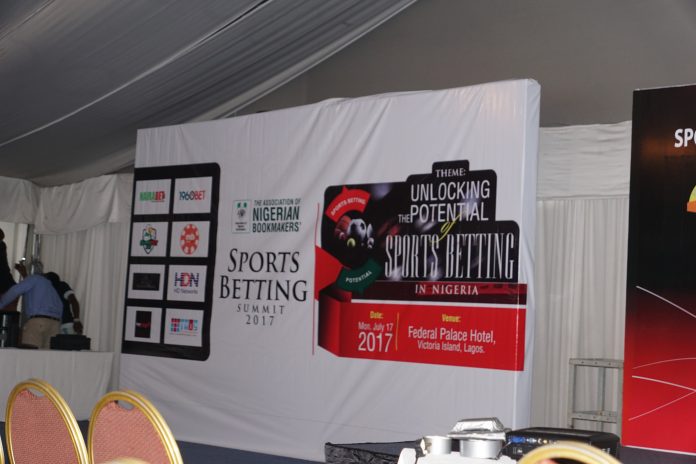 The Sports Betting West Africa is an exhibition and conference that was held as part of the 2017 Sports Betting Summit that took place from the 17th -19th July at the federal Palace Hotel, Victoria Island

Awards  were presented by event organiser, Inventus International to a select number of individuals and organizations in recognition of the contribution to the industry and the continuous hosting of the event.

About the negative public perception that betting was a vice,  asentv.tv spoke with Golden Race founder, Mr Martin Wachter, a panelist and conference  He said;

“It depend on how you get your players in the shop and if the player don’t get paid on time when they have big winning, 1 think it’s negative. In theory, I think people always say gambling is negative but at the end of the day, the guy decides for himself if he want to gamble”

“TE good thing on sports betting compared to casino or live sports is that he has a good chance to win”.

Reviewing the event, event producer Mr Gordon Crossley told asentv.tv “We exceeded expectations in terms of the agenda. I never expected that a West Africa Forum would actually come out of the event”