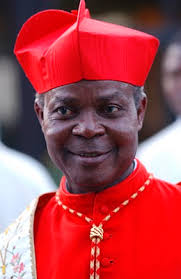 Does the life of the Nigerian have any value?  If it does, can it be truly said that Nigerians appreciate the value of life?  The questions are meant for all of us.  We all have to take responsibility for protection of life and property in this country.
We live in clear and present danger.  We are not safe when we are at home.  Neither are we safe away from home.  Life runs the risk of being cut short by armed robbers, kidnappers, dangerous drivers driving on dangerous roads, driving cars that are dangerous for transportation.  And just when we thought we were gaining the upper hand in the battle with Boko Haram, violent herdsmen stare at our helpless faces while Governors who ought to be at the vanguard of security, are accused of acting in ways that are prejudicial to security.  Our politicians—our President, our Governors, our legislators and judges, ministers and commissioners—are well protected.  But we the citizens are not. What a nation!
Political leaders who cannot provide security are a total failure, their generation an unmitigated disaster.  How then can any of them proudly introduce himself as President of Nigeria, or Governor or Senator or member of the National or State Assembly?  How can they claim to be at the helm of affairs in a country so chaotic? To use a Yoruba expression, could it be that the average Nigerian politician is like the child who was miles away from home on the day shamefacedness was being shared?
Almost six decades after independence, almost seventy after the establishment of Nigeria’s premier University of Ibadan, we still have to rely on medical tourism.  But how many poor Nigerians can afford to spend one day in a hospital overseas?  How many can afford to be away from their work for three months?  When shall we cease to make our country a laughing stock in the comity of nations?  We cannot reasonably dictate to people where they are to seek medical attention.  But we Nigerians have the capacity to run good hospitals. All we just need is a leadership that enables, not one that disables.
Our humiliation is unending because our leaders have made a hobby of dereliction of duty.  They receive the perks of office in a land where workers have gone unpaid for months.  Yet, for all the money spent in maintaining them in government—and it is a huge fraction of our country’s annual budget—government does not serve the Nigerian, the public servant does not serve the public.
Instead of assuming the responsibility of governance, instead of securing the land from armed robbers, kidnappers and herdsmen, our politicians are busy fighting each other, exchanging blows in the hallowed chambers of legislation, resorting to character assassination.  Our law enforcement institutions have been turned into their arsenal in this battle of the sanctimonious, this battle in which the executive accuses the legislature of corruption, and the legislature, in retaliation, accuses its accuser of the same crime.  Both parties in the conflict pretend to be fighting for us.  But they are not.  They are fighting to guard the “trophy” they won at the last election while preparing to retain the same trophy in the next election.  They are so busy fighting that they have no time to work for our security.  Their sterile conflict is in fact prejudicial to our security.  Their negligence of duty, their egocentric tantrum, their failure to be transparent and accountable all point to one fact: that Nigerian politicians, with very few exceptions, are part of the equation of insecurity in our country.  When shall we call them to order?
In a country where armed robbers, kidnappers and herdsmen are holding us to ransom, the Nigerian Customs loudly and proudly announced the interception of a lorry-load of illegally imported ammunitions.  Weeks later, we have seen no trial, no prosecution, no conviction.  And those who lead us in the executive and in the legislature, are silent on this matter.  Do we need investigators from planet Mars or Neptune to tell us that there is mounting probability, bordering on certitude, that there is a correlation between this influx of arms and the thick pall of high level insecurity covering our beloved country? Who is behind illegal importation of arms into Nigeria?  Who are the sponsors of Boko Haram?  And who are the sponsors of marauding herdsmen?  Is the silent inaction of our political leaders a sign of complicity?
One thing is clear: almost all our political leaders are either Christian or Muslim.  The two religions teach that we shall one day account for our earthly stewardship.  On that day of reckoning, every leader will stand before the Just Judge and account for the way he or she got into position of authority and used the authority.  On that day, propaganda in the print and electronic media will be of no assistance, lies told to get elected, and falsehood peddled to remain in office will be of no value. Think and act now and let us save Nigeria.
ANTHONY CARDINAL OKOGIE
ARCHBISHOP EMERITUS OF LAGOS