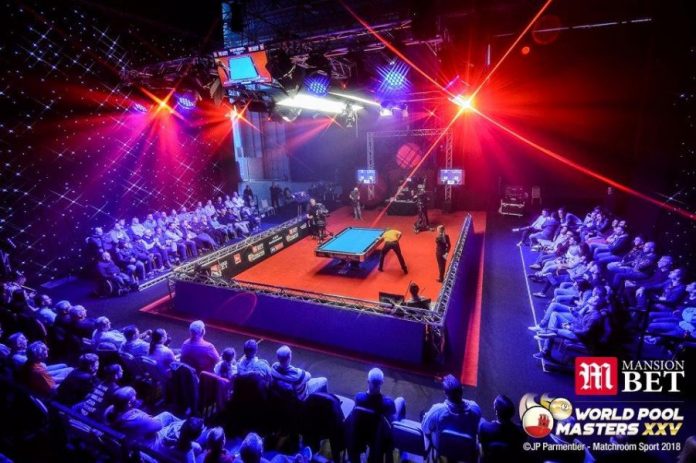 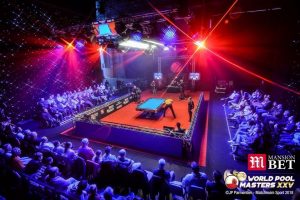 Matchroom Multi Sport announced in March 2018 that the City of Gibraltar, Spain will host the all-star World Pool Masters for a further three years.

This followed two successful stagings of pool’s leading invitational event at Victoria Stadium in Gibraltar. In 2017 David Alcaide was crowned champion and earlier this month Dutchman Niels Feijen fought off one of the toughest Masters fields ever to claim the title for a second time.

We are still awaiting the announcement of the dates for 2019 World Pool Masters, with Victoria Stadium to once again host 16 of the world’s best players.

At the March announcement, Matchroom Sport chairman Barry Hearn said: “We are thrilled that the World Pool Masters will stay in Gibraltar until at least 2021 and I’d like to thank the Ministry of Culture, the Media, Youth and Sport and the people of Gibraltar for their continued support of this great event”.

“The World Pool Masters is one of 9-ball’s biggest tournaments and you could see on Sunday evening how much it meant to Niels Feijen to lift the trophy, just as it had done for David last year”.

The cities of Gibraltar have continued to encouraged Sports Tourism.  Steven Linares, Minister of Culture, the Media, Youth and Sport said: “It’s great to see that Matchroom Sport has confidence in us to host the World Pool Masters for the next three years. This shows that we can deliver on hosting World Class events such as this one.

“All these events we host are attracting lots of media coverage for Gibraltar and is an example of events-led tourism since many are now regularly coming to our shores annually to enjoy our events and Gibraltar as a whole.”

Mr John Oyis, Managing Director, Cue Games Limited spoke with asentv.tv about the forth coming Ultimate players Championship which is scheduled to hold in November, 2018.

“This is the first time this type of event is organized anywhere in the world. The event is aimed at bring together players of all the cue sports; Snooker, Pool and British Billiard to compete for the type as the Ultimate Player in this sports combined”

Calling on more corporate support and involvement for the sports, he said

“In the area of getting corporate sponsorship has been a challenge but we are not letting that be a setback as discussion is ingoing right now. The kind of commitment we have gotten this far is in Kind and non financial.”