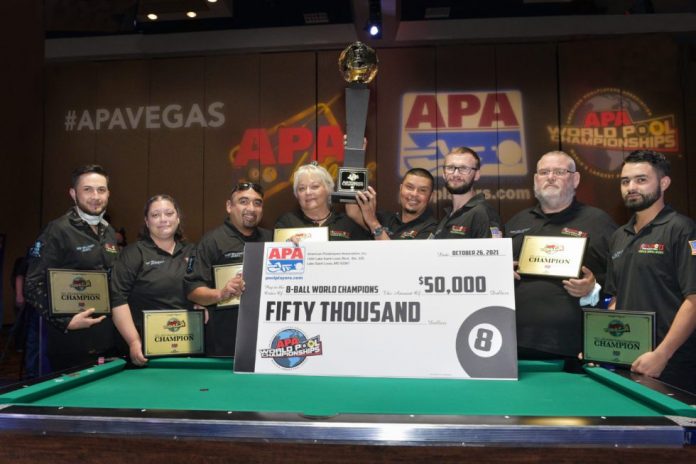 Allen’s Outlaws of Maryland were the Sportsmanship Award winners.

The event organized by the America Pool Players Association (APA) similar to the Snooker Pool Players Alliance (SPPA) based in Nigeria featured mostly American based players with 1,091 teams competing in this year’s 8-Ball World Championship.

“We are committed in growing Cue Sports in Nigeria. Therefore, exploring relationship with other international Association in these sport will offer our players a opportunity in growing the skills and showing it on global stage. This is one of our aim. So we hope that in the nearest future we will have Nigeria based players feature this type of event”.