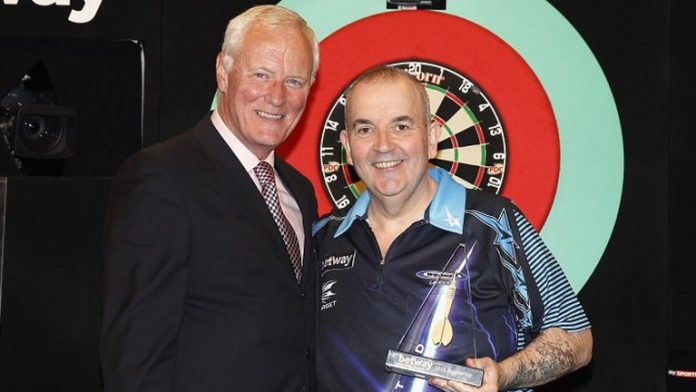 Professional Darts Corporation (PDC) Chairman Barry Hearn has no interest to follow the British Darts Organisation (BDO) and remove some restrictions against his own players. However, a cooperation between the two darts codes is possible, he said on Twitter.

The BDO has made a historic decision by removing all restrictions against PDC players. This offers BDO players the opportunity to enter Q-School without facing sanctions.
”Let’s work together – pro game and amateur game”, Hearn replied to a question on Twitter.
Working together doesn’t mean Hearn would consider doing an offer to takeover the British Darts Organisation. ”Separate, but both working for the good of the sport. Only way forward.”

Barry Hearn is a sporting events promoter and the founder and chairman of sports promotions company, Matchroom Sport

Matchroom is involved in many sports, including pool, tenpin bowling, golf, table tennis, and fishing. Hearn is currently the chairman of the Professional Darts Corporation, and was also until July 2010 chairman of the World Professional Billiards and Snooker Association (WPBSA).

Also, until July 2014, he was the chairman of Leyton Orient F.C.