Home News I KNOW NOTHING ABOUT N182m CONTRACT -Solomon Dalung denies Reps’ Summon
Share on Facebook
Tweet on Twitter
Youth and Sports Minister, Barrister Solomon Dalung has denied any knowledge of a contract worth N182m said to be awarded by the then Ministry of Youths on 27th Nov, 2013.
Syndicated newspaper reports credited to the Committee on Public Petitions, House of Representatives stated, that Barrister Dalung risked being arrested because he allegedly refused to appear before the committee after seven invitations were communicated to him.
The publication stated that the committee chaired by Rep Uzoma Nkem-Abonta, PDP, Abia also summoned the ministry’s Permanent Secretary and Director of Procurement to appear alongside the Minister to explain their roles over an alleged bribery scam involving a contractor, Solbec Ltd.
Barrister Solomon Dalung who is currently on medical vacation however denied receipt of any summon by the committee as well as the said contract.
“I have never been invited by the said NASS committee and never received any invitation from the Committee in respect of the allegations published.
“The contract was said to have been transacted between 27th, November 2013 and October 2015 by the then Ministry of Youth Development while I took an oath of office in November 2015.
I am  not even aware of the said transactions as I don’t even know the  contractor involved or even the company.
“I did not mandate anybody to collect anything from anybody and so, not in the position to defend it. The whole allegation is coming to me as a surprise because before proceeding on medical vacation, I cannot remember receiving such petition.”
The Honorable Minister of sports, Barrister Solomon Dalung however challenged the Committee to present proof of summon and copy of the petition.
“There are laid down procedures of doing things and I believe that NASS is conversant with these practices common in democratic societies. As a law abiding citizen, I will never disregard invitation from NASS. If I have genuine reasons for not making it, I will communicate formally. The whole process looks like acting a script which is outside the confines of the law.
“The power of arrest of NASS is a shield intended to protect the integrity of the legislature and not a sword to hunt perceived or imaginary enemies.
“The threat is too hash and lacks the flavour of legislative complements because choosing a period of my absence on medical vacation is the worst form of injustice against humanity. However, whenever, I resume from my medical vacation, I will report to the Inspector General of Police or Sergeant at Arms for journey into detention, but for now, I am responding to my health”. Dalung said.
The committee chaired by Rep Uzoma Nkem- Abonta, PDP, Abia however stated in the syndicated report, that the Minister has been given till May 30, 2017 to defend the allegations leveled against him by the contractor. 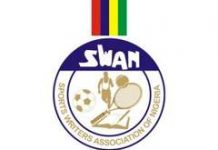 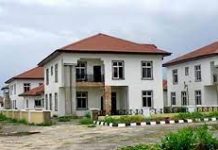