Following the receipt of the letter of invitation from the Royal Crown Club to the Snooker and Pool Players Alliance (SPPA) for the Dubai Open Chinese 8 Ball Pool Tournament which will be holding from the 9th to 12th April, 2022 at the Dragon Mart 2, SPPA top ranked player Christoper Abiodun has confirmed his participation in the epic event which will be the first of it’s kind in the UAE.

Christopher Abiodun was a guest on Cuesport, an asentv.tv television program.

On his psychological state of mind in readiness for the event,
“I play better when I play against people that play better than me as I learn a lot in real time , so like I said; it’s exciting for me. So, when I get there, definitely we will practise before each of the games. And, during the practice we’ll get to play against these players that are also playing. So, we get a feel of how they play, how they see the game and from there I also learn to make such I play optimally when the game starts”

Speaking about Chniese 8 Ball Pool and how he stumbled into the sport.
“I have a Chinese 8 Ball Pool table at home and it is an 8ft table. And. I use to play at one of the bars just after covid, after the lockdown came up. I saw the table and I was virtually excited because the pockets were small, they were not as big as those of the American tables. I liked there type of challenges because I know that those tiny pockets help you aim a lot better, they don’t help you cheat the pocket and all of that. So, I was really excited and I got one in my house. So, I practice there very regularly”.

As someone who has seen different homegrown rules, he is unapologetic about the rules of the game.
“I am a fan of doing things properly. If you want to do something do it well and properly and I don’t do those Nigerian rules, I rather do the international rules of pool because two time I have found myself outside the country playing Pool, and they are playing to the international rules, so I keyed in and they all know what to do and there was no two shots and all those sort of things. Everybody knew it was ball in hand.”

Talking about his target at the beginning of the year.
“I love playing Pool. I am there for the passion of the game’
Other top ranked players who are located in Nicon Town Pool shortlisted for the Dubai Tournament included Oluwole Abayomi, Karo Ekewenu, Demola Lawal. Christopher Abiodun leave Lagos via Eygpt for Dubai on the 7th April on Eygpt.

Idada Joachim, president Snooker and Pool Players Alliance also spoke about the Dubai invitation and the participation of Christopher Abiodun
“This is in line with the vision of establishing the SPPA. We had projected a 5 years plan to get our players ready for the international exposure. With the receipt of the invitation of the Dubai tournament we are happy for what we have achieved in less than 2 years. We still have the 5 Joy Billiards Chinese Pool local tournaments schedule for the 2nd half of 2022”.

asentv.tv brings to you up-to-date news and happening in sports and entertainment. Subscribe to our YouTube channel for interest program and videos 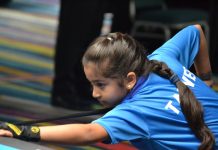 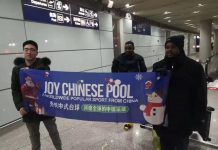 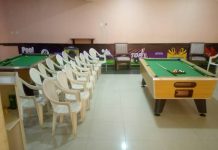