Usain Bolt desire to play professional football after an illustrious career as a professional sprint athlete is a testimony that people must diversify their sporting interest or the better a person is a multisport athlete, the more opportunities available.

Like Gerwyn Price, a Welsh darts player successfully transited from rugby to darts after he ended his rugby career in 2014 in order to concentrate on playing darts full-time. He competes in Professional Darts Corporation circuit; broke into the top 32 on the PDC Order of Merit in 2016 and soon afterwards won his first Pro Tour title.

Price has played as a hooker for Welsh Premier Division sides Neath, and Cross Keys as well as rugby league with South Wales Scorpions. He also had a brief spell at Pro12 side Glasgow Warriors but injury prevented him from being their first choice player.

Usain St Leo Bolt (a.k.a. Usain) born 21 August 1986) is a  retired  Jamaican sprinter and world record holder in the 100m, 200m and 4 X 100m relay. His reign as Olympic Games champion in all of these events spans three Olympics. Due to his achievements and dominance in sprint competition, he is widely considered to be the greatest sprinter of all time. As an eight-time Olympic gold medalist, Bolt won the 100 m, 200 m and 4 × 100 m relay at three consecutive Olympic Games.

After unsuccessful attempts at signing professional football contracts in Germany, South Africa and Norway, Usian Bolt finally arrived at Central Coast Mariners in GOSFORD, Australia  in an attempt to sign a contract to play as a professional in Australian football’s A-League. Thereby beginning an open ended training trials for a possibile playing contract.

Mariners chief executive, Shaun Mielekamp is excited about the prospect of Bolt playing in the A-League at Central Coast Stadium.

“This is a very real football opportunity, this is not a stunt or gimmick – we want to know if Usain can play,” Mielekamp told the Daily Telegraph.

“If he can, let’s light up the A-League and bring one of the biggest named athletes in sport to the Central Coast.”

Meanwhile, The Mariners manager Mike Mulvey is very elated to have a top quality athlete like Usain Bolt join his new Australian club. He conceded he had not seen footage of Bolt’s stints at other clubs but expected him to give “a good account of himself”.

The sprinter would not be treated any differently to any other player trying out, however.

“It just happens to be that this is Usain Bolt,” Mulvey told Australian Associated Press. “I’ve spoken to him once. His attitude towards this was deadly serious.

“If it was up to him he’d be coming in without any hoopla but that’s impossible for a person of his stature.” 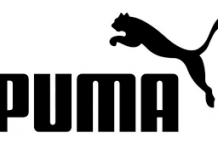 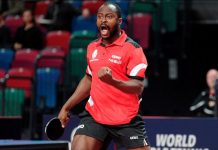